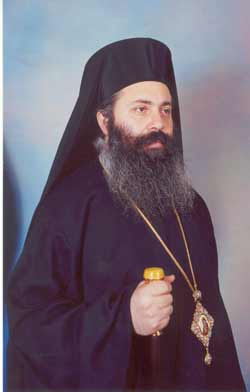 Metropolitan PAUL of Aleppo, Syria has been abducted. Abducted with him was the Syriac Orthodox Archbishop of Aleppo. The Deacon who was their driver was shot and killed in the attack. While often being pictured in the Western media as “freedom fighters” or “resistance groups” the various groups of people currently in conflict with the Syrian regime, some of which are getting US taxpayer money in support, have been involved in persecuting Syria’s indigenous Christian populations.