To discover church history is to rediscover Orthodoxy…

most of us, almost all of us, will eventually be forgotten.

We’re born into a moment of history in a place and a time. Things happen to us and we change things ourselves in ways large, sometimes, but mostly small and then, when our time is done we exit. We go one way and the rest of the world another. The dead rest and fade away, even the tombstones will one day crumble to dust, and the living keep on living until their turn comes.

For a while we’ll be remembered and missed. But as the years march on the people who recall us will themselves be recalled and each generation that fades away dilutes the recollections. A fortunate few will leave something behind but most will not and all of us will become anonymous as time does it’s inevitable work. Even the Beatles will one day be forgotten.

We humans know this somewhere inside, in a place we don’t often visit and basically never want others to see. It makes us afraid, sometimes, to think of being extinguished or sorrowful in the recognition of our, sooner than we can imagine, disappearance. Indeed we rage against the dying of the light.

It would overwhelm us, it does overwhelm us, except for the possibility of Pascha, of something more, of resurrection. One can choose, I suppose, to be outrageous, to be affluent, to be infamous, to embrace celebrity even at the cost of our soul for the sake of being remembered, of being something more. Yet there may be more.

What if our memory, everything we will ever be, could be placed not in the human hands but God’s? What if our treasure, everything we could accomplish, could be stored away in a place currently invisible but most certainly real? What if this is just a beginning, this life, and not the sum total of everything there is? What if Pascha, resurrection, was not just an event of the past or a hope for the future but a way of life where existence is not measured in months and years but in eons and stages and everything we are, if its given to God, remains in His memory forever?

Tonight it will be Pascha again. Easter. For those who understand the Sun will rise at midnight and for those willing to grasp it comes the truth that there’s so much more, so very much more indeed.

God’s unfathomable love for such a beligerent species such as we are.

How can God, knowing full well what we have done, to His creation, to each other, to ourselves, and knowing not just what is seen but even the darkest recesses of what is inside of us, love?

Who would, who could, blame God from erasing existence as we know and starting again in the hopes of something, anything, better? Who could judge God for saying “This experiment has failed it is now time for another?”

Unimaginable, yet real. Beyond understanding, yet available to any truly seeking heart. 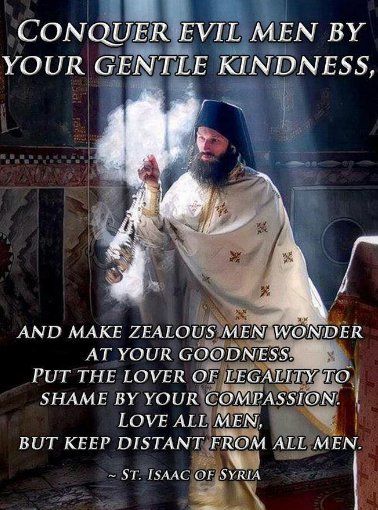